UFOs and the White House

The events surrounding the great UFO wave of 1952 remain interesting and puzzling, as to the reactions of various people in authority at the time. Bennett sees this period as marking the dawn of the information age, the world of the sound bite and celebrity clip. Ruppelt and his colleagues can be seen as innocents on a world moving beyond their comprehension. Bennett points out the absurdities of the period, the paralysing of command, the collapse of the ability to make decisions. At the time of the great Washington flap the President's advisor is reduced to ringing up the lowly Ruppelt, who is unable to investigate because he would need to get his expenses, and to get the chit to go and get these he would need to go to an office which had closed for the weekend. 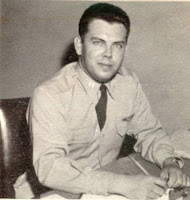 If, of course, as Bennett seems to believe the United States had crashed flying saucers and people really thought that aliens were about to land in the White House Lawn, this would make no sense at all. If of course, they had already decided that the UFO reports were probably somehow the product of the human imagination then this mattered much less. Or maybe they knew all along what these reports were, and that they had nothing to do with aliens at all, perhaps this was some complex test of a disinformation and confusion programme which could have been used against the Soviets.

At a notorious press conference, General Stamford, one of the spokespeople, made a surprisingly modern comment. Investigation of these UFO reports was like investigating telepathy, or mesmerism or ghosts, there was nothing to get a handle on, just eyewitness testimony, and as the investigators weren’t there and in the witnesses heads there was nothing to go on at all.

Sadly much of this book is more about Colin Bennett trying to be clever than about the subject in hand. I was amused to see an introduction by Jerome Clark, noted for his acerbic comments on 'English Literature Majors', to this most ‘media studies’ orientated book. -- Peter Rogerson