I'm hardly going to have to introduce Hilary Evans to regular readers of Magonia. If he were older (or acted older!) he could be the elder statesman of British ufology, but he's still too lively for that, and his influence stretches further, for his roots don't lie in ufology as you'll know if your read his Intrusions. His newest book is an elegant exposition of the range of his knowledge. It is the finest and most comprehensive survey and analysis of the range of entity experience yet published in English. I'll go further, its the best book in the paranormal research field since the classic works that arose from the collected cases of the SPR in the early part of this century.

It is also a classic, in the mould of Myers's Human Personality and its Survival of Bodily Death et al but written with the advantages of modern communications, a vastly increased range of sources, and one of the finest private collections of books in the world. Few writers could have access to better source material.

But it's what you do with source material that matters. What has been done here is that accounts of a cross-section of all types of entity experience have been organised into "a field survey" in which people "seem to see a more-or-less human-like figure which there are good reasons for believing is not as 'real' as it seems to be". Or to use the title the author originally chose, changed for some peculiar reason to that now used, a detailed study of 'The Entity Enigma', extending to 309 pages of smallish print, plus a good bibliography/references, and illustrations. 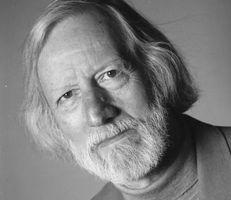 There have been previous such attempts, not all by any means unsuccessful. The ones that spring to mind most readily are the 'new ufology' paperbacks of the mid 1970's - The Unidentified, The Haunted Universe, UFOs, the Psychic Solution, etc; really exciting and highly influential in their time. They took a wide range of apparently spontaneous - and mostly humanoid - phenomena and attempted to build up a cosmology from them; the source material from which they worked was interesting and original, but the actual theories have mostly been debunked since - in several cases by the authors themselves.

Perhaps the key to Hilary's success in dealing with this most complex of all phenomena is his ready acceptance of what I now regard as the first real law of paranormal research - there are no facts. Or, to quote:

"In the course of this study I shall be citing a great many case histories by way of example. Let us face the fact here and now that virtually every one of these cases is purely anecdotal, comprising witness testimony to an event for which that testimony comprises the only evidence. It is not unlikely that one or more of these cases is in one way or another spurious: I have reported them as they were reported by the percipient, but I would not care to say of any single case that it is beyond question genuine."

The book is written on the principle that, evidence of deliberate fraud being uncommon, the entity experience is generally real to the percipient, in that a sequence of perceived events occur, and cannot be readily avoided or ignored. That is a very different approach from that of Vallee, Keel, Clark, Hopkins, Randles and so on where the experiences are so recounted and framed that it is unavoidable that in climaxing the book theories and explanation for probably subjective experiences have to be conjured from nowhere, and almost always spoil the careful narrative and assessment that predeeds them.

Given that no single case is beyond question, rigid conclusions must be - and are - avoided. More so than in the author's Evidence for UFOs where I feel that pressure of space led to too decisive and apparent espousal of the ETH - one not repeated in this later book. It would be difficult to communicate the breadth of the content without reprinting the contents page, so suffice it to say all usual lines of approach are there, and are complemented by assessments of the doppelganger, of 'companions and counsellors' providing surprise ways out of sticky situations, and coverage of 'experimental' entities including age-regression, practical magic, seances, hallucinogenic experience, and the creation of thought-forms. And in first place amongst these the important evidence involving sleep and dream related experience, which this author has done much to bring to public notice in recent years.

He freely acknowledges the influence of David Hufford's The Terror that Comes in the Night on both structure and content of this book, and his evidence confirms the importance of the state of awareness and wakefulness in the origins of many types of entity experience.

The author's knowledge of possible theories and explanations appears to be as comprehensive as his knowledge of - and access to - significant but often less than famous cases. Ideas and lines of thought are introduced throughout the narrative, and are brought together in a diligently crafted concluding section of over 60 pages.

Most of the sensible ideas I've ever heard are in there somewhere, discussed as a succession of hypotheses, then brought together logically, primarily drawing conclusions about the nature of our minds and perceptions that are unorthodox, but far from unreasonable. Then moving on to suggest that there is some evidence for the influences of an external agent or intelligence, though this could be explained away given further developments in our own knowledge and understanding.

Just as in its time you would not have been able to find a more clear and comprehensive account of evidence suggestive of individual survival of death than Myers's book, so you will not, yet, find a better account than this of the evidence suggestive of humans having dealings with non-human entities, over a very prolonged period, in every part of the world. That to me is the real achievement of this book. It has done a great deal of work for us - structuring evidence of different but related kinds into a cohesive whole, to which we can go on and relate our own research, and our reviews of research and investigation. If you like, some of the material here can be represented by very large and exotic mathematical expressions, but the common factor between all those grand and mysterious numbers is a relatively small and simple one - the range and ability of the individual human mind, of which, so far, we have remarkably little understanding. And without an understanding of the small numbers we're never going to get to grips with the big ones.

This book, marketed correctly, could sell very well as a paperback. It is eminently readable, attractively presented, and readily understood by anyone with a decent education and a modicum of imagination. I hope the publishers will change the title, put some money into publicity, and get on with selling it. It will do much for the credibility of our subject, and for those of us working within it. -- Reviewed by Kevin McClure