Time and the Detective

We at Magonia have often thought of writing some sort of historical fancy centred on the larger than life characters of the interwar paranormal scene, in which Charles Fort, Rupert T Gould, Harry Price, Eric Dingwall, Nandor Fodor, Aleister Crowley, Dennis Wheatley, and the many luminaries of the Society of Psychical Research would feature in some bizarre adventures. These books suggest that the truth may have been even weirder and wilder than any novel. One of the central characters is painted by his biographer as the womanising charlatenesque son of a paedophile, with an unhealthy interest in Hitler’s Germany, the other as a manic depressive mental sadist.

The son of the paedophile was Harry Price, a man for whom the words fantasy prone seem to have invented. He was born in one of those parts of London which could best be described as down-at-heel genteel. His father had lost much of his business when, in his mid 40s he got a fifteen year old girl pregnant. Today of course he would have ended up inside and on the sex offenders register; then honour of a sort was satisfied by him marrying her.

Price seems to have grown up as a lonely child and to have escaped into a world of fantasy, a trait which was to follow him into adult life. According to Morris, Price entered psychical research after a non too successful career in archaeological fraud. In this role, the paper bag salesman who left school at 15 could pretend to be a scientist. His less than aristocratic or academic background made him an outsider to the Society for Psychical Research, and set him on path of rivalry which forced him into a series of on/off relationships with a variety of spiritualist bodies, and a succession of publicity stunts, each one of which just pushed him further away from the academic respectability he desired. 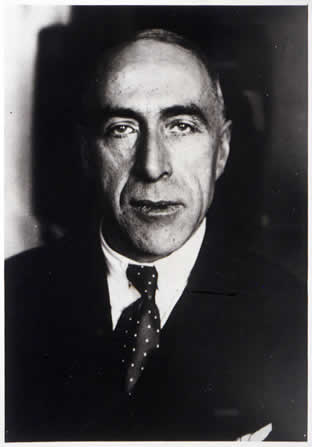 Price was perhaps the paradigm of the 'investigator' who actually created the very phenomena he was supposed to be investigating, either by exaggeration of actual events, or pure and simple fraud. Morris more than hints that Price was responsible for faking some of the phenomena of his pet medium and possible mistress Stella Cranshaw, and perhaps also of the Schneider brothers. He certainly faked a fair bit of the “phenomena” at Borley. Even today the gullible still believe these sorts of tales.

If the first biography of Price, by Paul Tabori, was a whitewash and practically a hagiography, this definitely could be called an anti hagiography, or less politely a hatchet job. Every interpretation of events is skewed to present Price in the worst possible light often on the basis of slender evidence. It is probable that his PA Lucy Kay’s love child was his, but there is no conclusive evidence, it possible that Stella Cranshaw was his mistress, but evidence is inconclusive, and on the evidence of a letter in which she described being sick in the morning Morris concludes that she was pregnant with Price’s child, and that he forced her into an abortion.

This tendency shows itself nowhere more so than in his account of Price’s dealing with the Nazis, where Morris is determined to prove that Price met Hitler, something for which there is no evidence at all. Nor is there any reason to believe that Hitler was interested in psychical research or Price’s activities at. The evidence for this connection appears to be that Price had a collection of photographs of Nazi architecture, and a foolish letter that Price wrote to Dingwall in which he talked of asking Hitler for a comfortable seat at the next Nuremberg rally (in 1939 of all times). What this demonstrates is the appalling blinkers of the sort of people who cannot see beyond their own little world, and Price’s by then almost complete detachment from reality.

Price, unlike many of the more staid members of the SPR seems to have taken an interest in the general field of Forteana, which was bring him into contact with the subject of the next biography.

Rupert T. Gould was born into rather more prosperous circumstances than Price and his life seemed destined to follow a classic upper middle class course, with an assured naval career. There was just one snag in this, Gould was a depressive and probably manic depressive who had recurrent bouts of practically catatonic depression, and was chronically haunted by fears of hell fire, lightning and revolution. Here was someone who seemed to feel the fragility of the safe rational world of daylight reason and common sense. The first world war tipped him over the edge into a complete breakdown.

On his recovery he managed to find work in the navy’s hydrographical office; it was while there that he encountered the marine chronometers of John Harrison, then lying in a ruined condition in the Royal Observatory at Greenwich. The restoration of these became his life work. To call this an obsession would be an understatement, for its pursuit would ruin his marriage and almost ruin his life.

It is this aspect of Gould’s life that Betts, Senior Specialist in Horology at the National Maritime Museum is chiefly concerned.

For Magonia readers however it is Gould’s involvement in Forteana and cryptozoology which are going to be of chief interest. This is clearly a field in which Betts feels rather out of his depth, and relies much on help from Mike Dash and Peter Costello. There does not appear to be any evidence that Gould met Charles Fort, though he clearly read Fort’s books and the dust jacket of Oddities features his own illustration of Fort’s ‘Procession of the Damned’ (a reference Betts fails to pick up). The procession made reference to various aspects of Gould’s own life. At this time Gould was himself one of the damned, following a messy separation from his wife, who having run off with her lesbian lover, decided that attack was the best form of defence, portrayed him as a violent, drunken lunatic with an unhealthy interest in sadistic pornography. Gould described himself as ‘mental sadist’ but swore he would never physically harm a woman.

Gould’s willingness to commit this aspect of his life to paper suggests certain recklessness. As a result of all this Gould was sacked and some of his oldest friends deserted him. From then on he had to make his money as a freelance writer, broadcaster and one of the first media stars. His first Fortean books Oddities and Enigmas were essentially money making ventures. There were to have been others, but these, along with other works, were never finished.

Gould did however write two pioneering works of cryptozoology The Case for the Sea Serpent and The Loch Ness Monster and Others. His conclusions in the latter were odd to say the least. Interpreting the monster as a plesiosaur or a long necked otter of some sort while from today’s standpoint zoologically implausible, aren’t intrinsically crazy, but Gould’s explanation of ‘a giant newt’ clearly gives the impression of mind whose hinges are showing some sign of strain.

Sadly there is no real discussion in this book as to Gould’s relationship with the wider Fortean, paranormal world, though we know he corresponded with Harry Price, Eric Frank Russell and Arthur Conan Doyle, whom he practically called an imbecile. One would love to see some of this correspondence. His sexual proclivities might suggest somewhere he would have encountered Eric J Dingwall at the British Museum.

Despite the scandal, within the decade Gould started his final career as the radio star, as ‘The Stargazer‘, Fortean style topics featured along with many dozens more, and by the war years he was one the regular’s in The Brains Trust. What the sanctimonius John Reith’s reactions would have been if he had known that one of the broadcasters to the nations innocent little children was having group sex with prostitutes doesn’t bear thinking about!

If Morris’s biography of Price is a hatchet job, Bett’s is very much more of an authorised biography, written with the permission of his children and grandchildren. One suspects there is much more to be said about both characters. There is clearly much scope for a more collective biography of the Forteans and paranormalists of the interwar years. Over to you Dr Dash… -- Reviewed by Peter Rogerson and first published in Magonia 95, May 2007


Following the publication of this review on the Magonia archive site (www.magonia.haaan.com) we received the following comments:

I’m very grateful to Peter Rogerson for his review of the Gould bio, which I have only just noticed. He is quite correct in saying that I felt rather out of my depth in discussing Gould’s essays on cryptozoology and other unsolved mysteries (though Dash and Costello were extremely generous in their help) and I’d be very interested in hearing more from anyone with views or information about Gould’s work in this area. I’m fascinated to hear about Fort’s Procession of the Damned and its connection with Gould’s cover for Oddities. I did indeed miss that connection and would like to know (and see?) more please. There may be a second edition of the Bio as its been quite successful, so I would be able to incorporate (and acknowledge) any additions. Hoping you can help - Jonathan Betts

Peter is referring to the celebrated opening lines of The Book of The Damned, which read:

“A PROCESSION of the damned. By the damned, I mean the excluded. We shall have a procession of data that Science has excluded.

Some of them are corpses, skeletons, mummies, twitching, tottering, animated by companions that have been damned alive. There are giants that will walk by, though sound asleep. There are things that are theorems and things that are rags: they’ll go by like Euclid arm in arm with the spirit of anarchy. Here and there will flit little harlots. Many are clowns. But many are of the highest respectability. Some are assassins. There are pale stenches and gaunt superstitions and mere shadows and lively malices: whims and amiabilities. The naïve and the pedantic and the bizarre and the grotesque and the sincere and the insincere, the profound and the puerile.

A stab and a laugh and the patiently folded hands of hopeless propriety.

The ultra-respectable, but the condemned, anyway.

The aggregate appearance is of dignity and dissoluteness: the aggregate voice is a defiant prayer: but the spirit of the whole is processional.

The power that has said to all these things that they are damned, is Dogmatic Science.

The irresistibleness of things that neither threaten nor jeer nor defy, but arrange themselves in mass-formations that pass and pass and keep on passing.”

Personally I suspect that the similarity between Fort’s ‘procession’ and Gould’s cover is no more than coincidence. Fort’s books were not published in the UK during Gould’s lifetime, and I think Jonathan’s interpretation of Gould’s cover as depicting a dead march is much more persuasive.