This is a revised edition of a book first published in 2000. The blurb describes the author as a “gifted historian”, which suggests that this work is an objective, scholarly history of American ufology. It is certainly not objective. Dolan is a great admirer of the work of Donald Keyhoe, and one of his aims is to rehabilitate his reputation among ufologists or, at least, Serious Ufologists, as Jim Moseley calls them. Of course, the book is not written in the Keyhoe style, but more in the style of David Jacobs’s The UFO Controversy in America, which it in many ways resembles, particularly in its support for the ETH and general credulity.

The most disturbing aspect of the book is the impression given by the author that he regards one source as being as good as another. In support of his thesis that the US government is concealing the truth about incursions by aliens from space, he quotes from writers ranging from the reliable and scrupulously honest to the hucksters and pathological liars, and the majority to be found between these two extremes. One example is an account of a dramatic encounter of an American plane with foo fighters over the Pacific in August 1945. “The navigational needles went wild, the left engine faltered and spurted oil, the plane lost altitude, and the crew prepared to ditch. Then, in a close formation, the objects faded into a cloud bank. At that moment, the plane’s engines restarted, and the crew safely flew on. One of the plane’s passengers was future UFO researcher Leonard Stringfield.”

Of course there were some puzzling foo fighter incidents, but surely such a report requires independent confirmation before it can be accepted as genuine, especially as it comes from someone known for publishing wild UFO tales from anonymous sources. It has long been a tradition among writers of sensationalist UFO literature to attribute the deaths of ufologists or persons connected, or imagined to be connected, with official UFO investigations to the activities of government agencies, or even to the UFOs themselves. Incredibly, Dolan plays this game in a book which purports to be the first part of a serious history of the topic.

Some writers consider the death of US Defense Secretary James Forrestal after leaving office in 1949 to be mysterious. They do not accept the official story that he committed suicide by jumping from a window at Bethesda Naval Hospital where he was being treated for a mental breakdown. They think he was pushed out of the window. This may or may not be true but, you might ask, what has it got to do with UFOs? Dolan devotes six pages to a discussion of the circumstances surrounding Forrestal’s death and tries to justify this by resorting to the absurd speculations indulged in by the writers of ufological pot-boilers. “In the first place, Forrestal’s position within the defense community made him de facto a key player in the formulation of UFO policy. The problem was of great importance to people high up the national security food chain: we can infer that Forrestal, too, had an interest, even though the official records and biographers of Forrestal are silent about UFOs.” 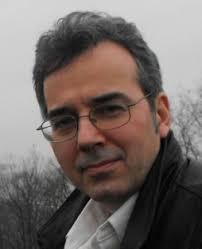 Dolan [right] speculates that perhaps Forrestal did commit suicide because he had learned the Dreadful Truth about UFOs. “An explanation centring on the UFO phenomenon accounts better than most for the complete unhinging of a successful and brilliant individual, and more importantly, the need to silence someone who could no longer be trusted. Did Forrestal learn a truth about UFOs that contributed to his breakdown.”

Dolan does not give us a shred of evidence that Forrestal was bothered about, or even interested in, UFO reports, either professionally or otherwise.

He is also suspicious about the death of Edward Ruppelt. This is because he had become increasingly sceptical about UFOs since leaving Project Blue Book and had died of a heart attack at the early age of 37, after publishing a revision of his book The Report on Unidentified Flying Objects with three new chapters debunking UFOs added to it. Dolan accepts the line that pressure was put on Ruppelt to make sceptical noises about UFOs, to the extent that he developed serious heart trouble. He criticises Jerome Clark for not being dismissive of the explanation given by Ruppelt’s widow that he became disillusioned about UFOs as a result of continued contact with Blue Book personnel and exposure to the contactee movement of southern California. Indeed, whenever Dolan mentions Clark he usually criticises him for being too sceptical!

Then there was the death of Dr James McDonald. Most ufologists believe he committed suicide, for personal rather than ufological reasons, including that notorious sceptic Jerome Clark. Dolan, though, considers that he must have been a nuisance to those who were desperately attempting to conceal the UFO evidence, so he could have been murdered. “The how part was really no matter at all. By the early 1970s, there were already means available to alter the moods of unsuspecting persons. A pocket-sized transmitter generating electromagnetic (EM) energy at less than 100 milliwatts could do the job.”

Where important UFO reports are concerned, Dolan repeatedly rubbishes official explanations. Of course some of these explantions were obviously wrong, but there were some cases which were properly investigated and solved. For example, the radar/visual incident of August 1953 at Rapid City, South Dakota, was investigated by Hynek, who gave a perfectly logical, if not very simple, explanation. Dolan, however, prefers Ruppelt’s failure to explain it and gives no details of Hynek’s analysis.

This sort of thing is one of the main failings of the book.The author apparently has no knowledge of, or interest in, scientific and technical matters. He thus evaluates reports on the basis of choosing those he wants to believe as the best ones. He also shows no interest in the sociological and psychological factors which generate many (but not all) UFO reports, and the distortions of perception which can occur when witnesses do not know what they are looking at. He doesn’t even mention the psychosocial hypothesis, and gives his readers only two choices as to what UFOs might be–secret military aircraft or extraterrestrial spacecraft. He rejects the first alternative leaving only the second, all other possibilities apparently not being worth discussing.

Like most ETH supporters, Dolan believes that the US government (and presumably all other governments) are keeping the Truth about UFOs secret. “When UFO skeptics claim that hiding something as significant as alien visitation is impossible, they should study some of the secrets that were kept for many, many years.” What he doesn’t tell us is that these secrets were about things over which government agencies had control, such as the Manhattan Project which he gives as an example. Whatever UFOs might be, it is generally agreed that the US government, and other governments, have no control over them. They can appear anywhere at any time. How, then, can they be kept secret? This is a question always dodged by the believers.

This book is yet another example of American ufology stuck firmly in the 1950s, along with the shades of people like Donald Keyhoe and Frank Edwards.  Reviewed by John Harney, From Magonia Supplement 40, September 2002.